Deana Brooksher, DC is the creator and director of A Garden for Wellness. She has been inspiring the yoga in you ever since her first visit to Swami Satchadinanda's Ashram in Buckingham, VA in 1992. It was there that her foundation for yoga was built. She has been instructing since 1995. Deana brings her knowledge as a doctor of chiropractic as well as her yoga training to the mat. This combination lends to safety, depth and delight in each class.

Weaving a tapestry of Integral Hatha Yoga, Pranyama, Yoga Nidra and Meditation, she aspires to extract the expression of your most essential self in each and every class. She also teaches SilverSneakers Stretch and Strengthening based on Aaron Mattes Active Isolated Stretch method.

Tasha has been a licensed massage therapist since 1989 where she studied at IPSB (Institute of Psycho Structural Balancing) in San Diego, CA. She has had a private practice for many years as well as worked in different spa atmospheres. After a 10 year sabbatical to have children she has returned to her work. She practices Deep Tissue, Trigger Point, Swedish, Hot Stones, Prenatal and Lymphatic Drainage.

Elizabeth Cooper Rajeshwari Seay is a registered yoga instructor at the 500 hour level with the Yoga Alliance (YA), certified yoga therapist, and member of the International Association of Yoga Therapists (IAYT). She completed the 500 Structural Yoga Therapy certification with Mukunda Stiles.

Cooper began practicing yoga in 1997, blessed by two Integral yoga teachers who were both doctors of chiropractic; her first instruction was both spiritual and profoundly informed by the instructors’ knowledge of the body. A lifelong athlete, Cooper became diverted by more physically challenging forms of hatha, going on to become a Bikram instructor. Following a desire for more arcane and spiritual integration, she traveled to Kerala, India to obtain her Sivananda teaching certificate. It was in the Sivananda ashram that she was able to connect her earlier career as a musician with her yoga through Vedic chant.

After completing a teacher training in Bhava yoga with Peter Rizzo, Cooper began teaching vinyasa in the lineage of Krishnamacharya. Captivated by Mukunda Styles at a workshop in 2010, she cleared her schedule to take Mukunda’s Structural Yoga therapy course. Her most recent path of study was the Ayurvedic Yoga Teacher course with Mukunda and Chinnamasta Styles.

Cooper’s personal sadhana is defined by use of Patanjali Yoga Sutra Darshan as a reference text and her devotion to the eight limbed path.

Cooper practices vippasana meditation as taught by SN Goenka. As a teacher, Cooper strives to integrate the tapas of a strong practice with the santosha of a quiet mind. She is sensitive to the perils of strong physical work in a culture that is body obsessed, and believes that only through the eight-limbed path can we become free from internal friction and external attachments.

Cooper knows that you can use the power of the mind to change your life for the better from personal experience. She is a Certified Clinical Hypnotherapist American Council of Hypnotist Examiners #308-286 through the Hypnotherapy Academy of America. Cooper attended the Hypnotherapy Academy of America in Santa Fe, NM, where she also coached, and she has had the honor of studying with one of the fathers of modern hypnotherapy, Gil Boyne.

Cooper approaches hypnosis holistically; she works with the person and not the “problem.”

“The yoga shala is a laboratory, it is where we begin to observe our patterning. It is an amazing journey to become aware enough to observe, and in control enough to create more options for our behavior.”

Candace Gay is a registered yoga instructor who completed a minimum of 200 hours of training with the Yoga Alliance (YA).

Becoming fit is not just about the physical body but also becoming fit in the mind and spirit. The postures open the door to really good stuff housed in the head. Each time she steps on the mat it's an opportunity to find wholeness. To erase her palette and begin again. Robin's classes are about alignment, breath and space. A place for each person to find those things in themselves to possibly deepen their self knowledge and get inquisitive about the journey. Robin is a Yoga Alliance 200 RYT

Susan is a Certified Pilates Instructor with 18 years of teaching experience which include owning and operating several Pilates Studios, as well as working for highly qualified fitness, physical therapy and sports-related organizations. Along with her love of teaching, and the gift of assisting others to be their best selves, Susan's greatest love is that of her family.

Recently, due to the great blessing of marrying John, a wonderful Sautee Nacoochee resident, her family has multiplied exponentially from 3 children and 4 grands, to 9 children and 19 grands…now that's something to truly celebrate and to stay healthy for!!

Cindy Dennis is a retired teacher and faithful patron of A Garden for Wellness, where she studied Qi Gong for 5 years. She is excited about her journey into teaching this 5,000 year old Chinese healing system.

Shelby Day, RYT 500, began practicing yoga in 1999 after it was recommended by a doctor as a coping mechanism for severe anxiety and depression. She quickly realized the life-altering benefits that this practice gave to her. After seeing the long-term benefits these practices have brought to her own life, she decided to share them with others by earning her 200 RYT at Antahsara Yoga Shala in 2017.

She went on to earn Advanced Studies at Asheville Yoga Center where she focused on Yoga as a tool for spiritual, mental, and physical well-being. Her advanced training areas include Yoga Nidra, Yoga for Codependency, Yoga for Trauma, and Yoga for Cancer Patients and Caregivers among others. Shelby currently specializes in Yin, Restorative, meditation, and Yoga Nidra. If she can help one person live a happier, more peaceful, and satisfying life, she will consider her practice a success.

Valleri has been a ZIN™ Member since Jun 2015 and absolutely loves teaching Zumba classes. The reason is simple: Every class feels like a party! She is currently licensed to teach Zumba. Come join her, she guarantees you'll have a blast! 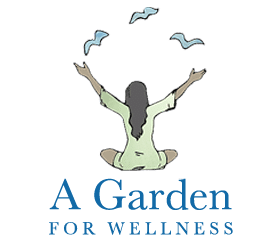